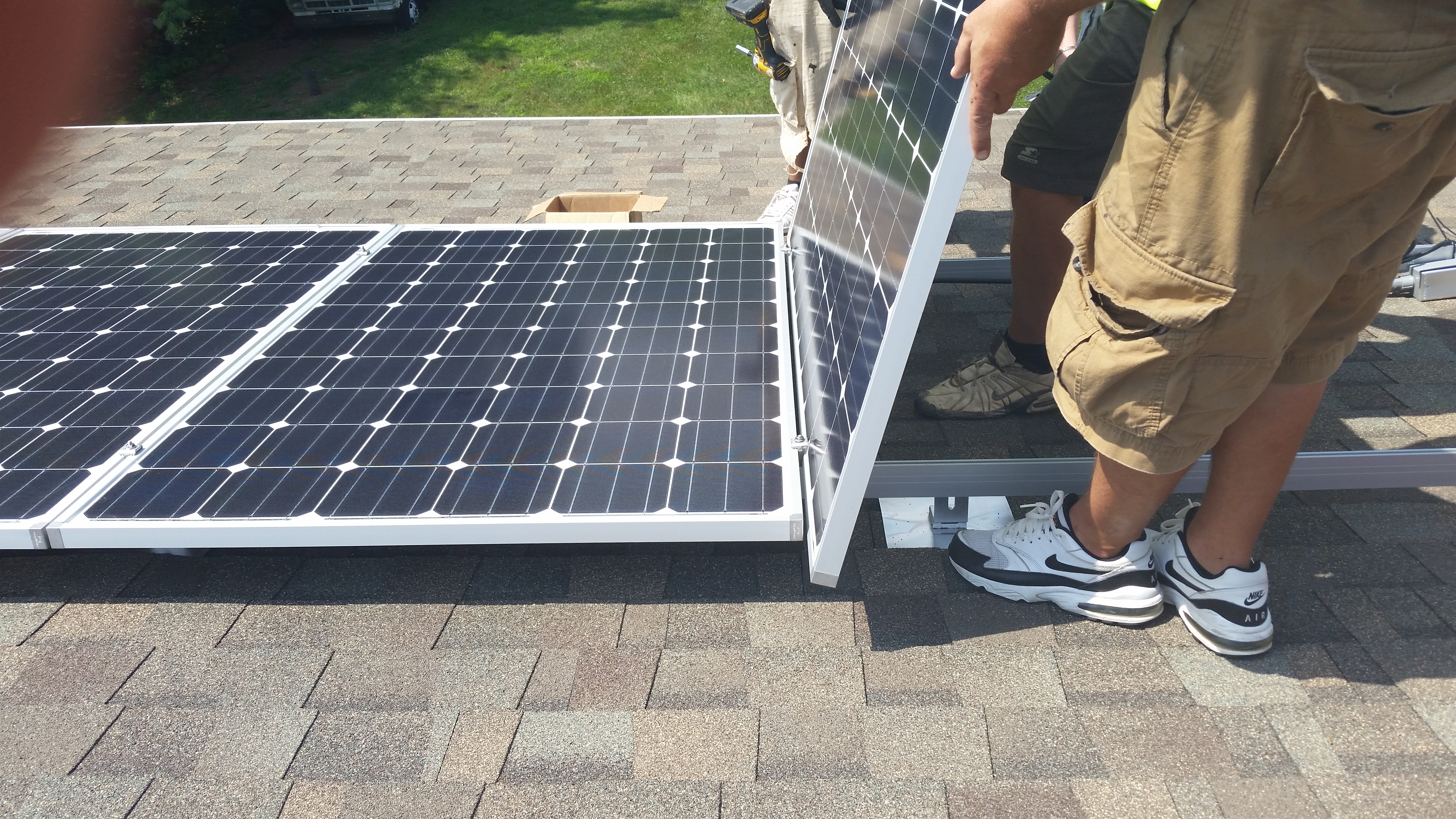 Well, Here we are, well into Spring and the Rain has been strong so far this year! Bu it has not slowed down our Solar Installs. Are you interested in getting Solar installed on your home? Solar energy is a renewable and unlimited source of energy from which , indirectly or directly, most of the other sources of energy on our planet originate. Today, thanks to the rapid progress of technology, solar energy has become more affordable and more efficient, so it is no wonder why so many homeowners and companies around the globe want to use it. There are many reasons why homeowners are interested in solar energy. For instance, this is a type of energy that can save you a lot of money and even full independence from the public electric grid. At Innovative Electric, we can offer full Home Battery Backup systems tied to a Solar Charging System that can power your entire home on or off-grid. The solar panels for this purpose are very practical and simple to install and replace. Finally, many people like solar energy because this is an environmentally-friendly use of energy. By using solar energy instead of other types of energy people are protecting the environment.

Though the U.S. isn’t the biggest producer of solar energy in the world, the growth rate in the past few years is incredible. The number of people who turn to solar energy is growing each year, The United States is trying to achieve 2 gigawatts installed per year.  In addition, the US has a long history in this field and the first solar power in the world was constructed in California and one of the early manufactures was started in 1978 here in Maryland!

It is also good to mention that there are many incentives from federal and local authorities that encourage people to use this type of energy. Some of the most popular federal incentives include the ones offered through Solar America Initiative and SunShot Initiative. On the other hand, states and local authorities are offering incentives too. However!!!! The Federal Discount for installing new solar will begin to get phased out in the coming years! 2018 will be the last year that a full 30% discount is available for Installing Renewable Energy! This includes Solar and Battery Systems! It seems that these incentives as well as the increased awareness among people about the benefits of solar energy have increased the interest in it especially in certain states that have great potential. There are currently 14 states that are offering a sub ten year payback period for direct owned systems. Some of these states include California, Maryland, New Mexico, Arizona, South Carolina, New York and New Hampshire. Here is Maryland you can get State Rebates and local incentives in each county, if you are curious! Please Give Innovative Electric a call! The fact is that even those states who didn’t show interest in solar energy are now working on finding a way to use this alternative source of energy together with few other natural renewable sources. The future of solar energy in the US is bright and homeowners who had any doubts about this energy in the past should surely take it into consideration now.